2011.October.18 » Ever since publishing an article last year on the "legendary" Moleskine notebook (.. "of Hemingway, Picasso & van Gogh") I've demo'ed an assortment of knock-offs. Yet increasingly I've become curious (.. if not a little envious) .. regarding what it would be like to own/use the real deal. A genuine Moleskine. 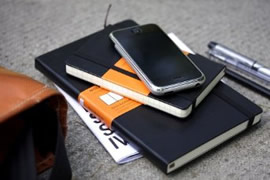 So after getting out of jail, one of the first things I did (.. cuz I had lots of residual ideas bouncing around my brain) .. was to order one each » hard cover and soft cover (.. thanks to your generous donations).

To be clear, I use the 5x8 version, which Moleskine calls its "Large" notebook .. tho 5x8 is not exactly what I would call large. More like Medium if you ask me. This is their most popular size.

I prefer their Ruled notebook, which comes with LINED pages. But other versions contain blank pages (called PLAIN) and SQUARED (.. like graph paper).

So there's a little terminology you must become familiar with .. if you want to order the right notebook. It is not uncommon for people to complain that they received the wrong size.

Actually, Moleskine offers no version named 'Medium'. They call, for example, their smaller 4x6 version (3x5) » Pocket. And there are many others to choose from.

Moleskine color-codes their notebooks with a distinctive wrapper. Plain = green. Ruled = orange. Squared = yellow. So if you want LINES (like moi), you want » ORANGE.

Some of the knock-offs have followed suit and imitated Moleskine's color-coding. (Some online photos look brown, but they're really orange.)

I have considered trying a PLAIN (blank) notebook. I know some tree-hugger types who see LINES as providing too much structure. Uh, okay. Free spirits. [ I should get them a SQUARED notebook for Xmas. That would really freak 'em out, huh? ] 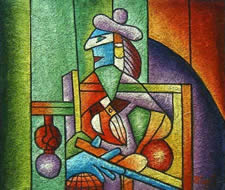 Genuine Moleskine Worth the Cost?

While ripping open the box that arrived from Amazon, the biggest question bouncing around my cabeza » are these bona fide genuine "legendary" Moleskines worth the extra cost? ("Sure hope so.")

They retail for a remarkable $18. You can get them from Amazon for $12. But still. Come on. We're talking about a blank book, with no writing. No words. No author royalties to pay.

The answer (.. I've found) is » it depends (.. my default answer) .. on how you view the notebook. From a purely 'construction' standpoint » no, they're not worth it.

Yes, the genuine Moleskine is made better than the knock-offs. Yes, they are very nice. But no, they're not twice as nice. Not hardly. (Yet they cost twice as much.)

2011.October.04 » Autumn arrived today. Around noon. You could feel it in the air. Something shifted. That faint yet unmistakable hint of a chill .. first of the season .. that carries with it the promise of cooler days to come. 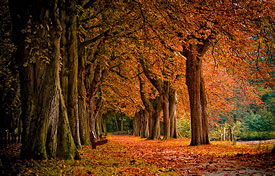 Autumn Arrives with a Ditty on Dostoyevsky

My favorite time of year .. when the mind clarifies .. after the stifling heat of summer.

The last few nights here have been surprisingly warm. I've taken advantage and gone for walks at sunset. Even in the dark. Gorgeous nights. Stars like a canopy.

No, I'm not gonna say more about JAIL right now .. even tho many have expressed interest. I have however, gone back and added an addendum .. to the original entry.

Also added some graphics .. to break up the text and improve readability. [ Note the Get-out-of-Jail-Free card included at the end. =) ]

I've taken two big blows. Back-to back. One after the other. So it might take a while to recover. One interesting anomaly » I didnt get sick .. following either event (.. which I normally do). That surprised me.

As part of my therapy, I've been RUNNING the hills here. I walk-down / run-up. Steep grade. Think I heard the neighbor say "9%." About 100 or 120 yards. Five times. Gets the heart-rate going and the sweat flowing. Have done six, but usually regret it (.. next day).

If you wanna run here, gotta run HILLS. Cuz there's nothing else. No flat stretch anywhere. Hills are hard. Kicking my butt. Sucking serious windage. Specially that last 20 yards (.. talk about pain & suffering). Agony. Only just starting to get a handle on the slopes. 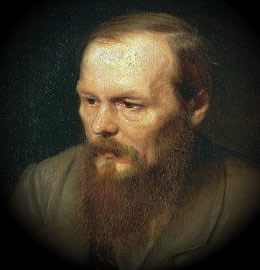 If I had any energy, I might write up a little ditty on Dostoevsky .. like the one I did on Nietzsche or the quickie I did on Ernesto.

I've been trying to figure out Dostoevsky. Holy crap! He's a trip. My whole center-of-gravity has shifted .. trying to glean some insight into the Russian .. trying to grapple with .. uh, that thing he does.

Nietzsche is an insolent schoolboy next to Dostoevsky (.. the headmaster). Then again, Nietzsche never found himself standing in front of a firing squad, either .. an experience that will age you right quick. (Can you imagine? A death sentence?)

Nietzsche BEATS YOU UP (.. which you masochists might enjoy). In other words, he ASSAULTS you .. your beliefs, your values, your ideas .. about things we in the Judeo-Christian world hold most dear. 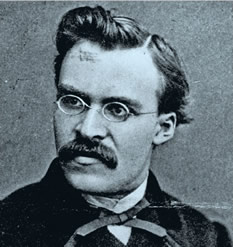 But Dostoevsky MOVES you .. and I mean that in the most unsettling aspect of the term .. like an earthquake with a kick. Boom! "Holy crap! What was that?"

It is a different kind of force .. than the one Nietzsche wields (.. which is certainly no slouch .. Nietzsche's mojo, I mean). The 'force' that Dostoevsky exercises is more powerful. It's on a whole 'nuther level. Like a glacier. The quotes I've included here should shed light on what I mean.

Hemingway, who won the Nobel Prize for Literature, and who's known for his study of, and sizing up of, other writers and their books, said this:

"In Dostoevsky, there were things believable and unbelievable, but some SO TRUE that THEY CHANGED YOU as you read them; frailty and madness, wickedness and saintliness ..." [ A Moveable Feast ]