2012.November.28 » What happens to the avalanche of feelings that engulf the boy who is suddenly confronted with things too terrible to handle? .. by things too confusing and overwhelming for a little guy to deal with? 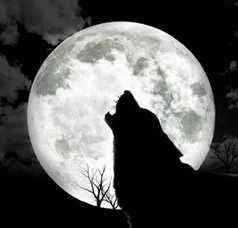 What Happens to Them?

I'm talking about [ for example ] the Fifth Grader, who learns that his parents are divorcing .. that his elementary little world is coming apart at the seams ..

.. that his REAL dad (.. who he now realizes that he never knew, that he never met) .. never-never wanted anything to do with him. (His own flesh-n-blood.)

Those kinds of feelings.

Perhaps the boy, in an attempt to salvage what's left of his family life-as-he-knew-it, courageously adopts a position (.. not unlike what you or I might attempt) ..

Those kinds of feelings. Psycho mind-fuck feelings. One piled ruthlessly atop another .. in rapidly-devastating succession.

A dying parent is bad enough. I grew up across the street from a boy (.. who later became an All-American wide receiver) whose dad died when we were young. It was obviously difficult. For everybody (us friends included).

I remember wanting to, but feeling powerless to comfort him (.. while he was crying, as all us kids sat silently, watching cartoons) .. that morning when all the neighborhood parents had left to go to the funeral .. cuz I was a little freaked out myself. (Death has a way of freaking out the living.) We're talking grade-school age.

Over the years all the other neighborhood dads tried to pitch in here-n-there .. to compensate. For example, they took him on vacations with them. And when we were going for pizza, a parent would usually say, "Run across the street and see if Patrick wants to go."

But a dad who doesnt want anything to DO with you .. with his own son. I cannot quite wrap my head around that .. I can only imagine what it must be like (» crushing). 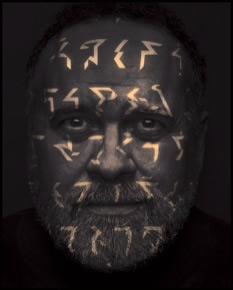 .. the kind that can crush a 10-year old beyond all repair. [ Only the truly fortunate don't know the difference. ]

I'm talking about the particularly vicious storms-of-life that are too much for anybody to handle .. even the most mature adult .. which makes the prospect of our 10 year-old weathering such a storm .. seem sadly remote.

Things that most Americans, I suspect, would be hard-pressed to even imagine (.. much less be prepared to walk-a-mile in-the-shoes thereof). Because these are wounds that cut deeper than any knife. No stitches will sew up those wounds.

We'll return to our Fifth Grader and his newfound life-in-a-whirlpool .. but right now, let's shift gears .. to something a bit more cheery.

2012.November.14 » What makes so many writers consider Anna Karenina the greatest novel written? .. in any language .. ever! The short answer » Tolstoy. A better answer » the Tolstoys .. which includes his WIFE » Sophia [.. and not unlike the Hitchcocks, who directed the greatest FILM ever ].

The movie / film is being released this Friday (the 16th) .. starring Keira Knightley & Jude Law.

The book has been made into film at least a dozen other times .. the most critically acclaimed version coming in 1935, starring Garbo.

I may go see the newly updated release (.. with Count Petraeus & Princess Paula in mind).

Anna Karenina is what made Tolstoy Tolstoy. Certainly a big part of that making. Anna's unspoken subtext .. concerns the moral judgment that people (society) tend to cast on their fellow (wo)man ..

.. when we should perhaps REFRAIN.

As you surely know, this 'refraining' business can be terribly difficult. A feat of sorts. Maybe even impossible .. especially for judgmental, holier-than-thou types. The self-righteous.

Back in my nuclear days, I used to be critical and judgemental of the imperfections of others .. cuz I myself was flawless (.. and of course, I knew better than everybody else).

"I was so much older then; I'm younger than that now."

Tho there are still a few things that really frost my ass. Even Jesus had limits to the bullshit he could endure (.. tho adultery doesnt seem to be one of them.)

» Portrayed Not as Guilty, But as Deserving Only Pity

Tolstoy began his story .. in the spring of 1873 .. with the express intention .. to portray his heroine (Anna) NOT as guilty .. but as deserving only pity & compassion ..

.. hence the biblical quote he sticks at the very beginning .. as a tone setter (quoting God Himself) » Vengeance is Mine. I will repay. 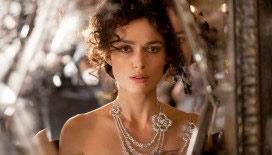 Pity & compassion for an adultress? Really? How do you do *that*? That would be a good trick.

Having grown up Catholic, I know all about both guilt and guilt-trips. Both parents attended Catholic schools.

The nuns obviously taught them well. Excellent students were they. So you could say I was raised by experts. =) Makes me qualified to comment on the subject.

In the Bridges of Madison County, for example, Waller condemns both his characters to live out their remaining years in dreary, yet dutiful nostalgia. (After you've been to the summit of Mt Intimacy or Mt Ecstasy .. what else is there? Where do you go from there? Because nobody can stay there, permanently.)

You will have to read Tolstoy's novel yourself .. to determine whether you think he succeeded. Tolstoy himself struggled bitterly with the story [ .. published in the Russian Messenger, in 8 serial installments, from 1873 to 1877 ] .. wanting to punish Anna the Adulteress for her infidelity.

This is why the translator [ Richard Pevear ] includes the following tone-setting passage from Yeats at the beginning of his intro.

Anna Karenina is Tolstoy's poetry. His "first true novel" .. where being 'ordinary' suks [ is considered "most terrible" ].

It was as tho one part of him wanted only pity & compassion for her .. while another .. wanted to throw her under a bus .. uh, I mean, a train. 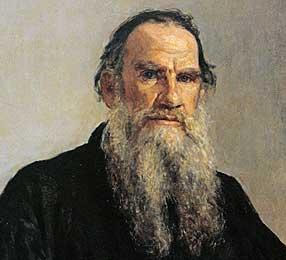 And these two went to war .. in Tolstoy's soul. And the compassionate part won. [ We'll call that part 'Anna'. ]

You must understand that life, for Tolstoy, was all about » family. Family happiness, he felt, represented the "highest human ideal."

Nabokov [ who taught classes on Anna Karenina, both at Wellesley and later at Ivy League Cornell ] said that Tolstoy "considered two married people with children as tied together by divine law forever".

In other words, Tolstoy was Old School .. what some might call 'conservative'. And he purposefully went after the Liberal Intelligencia (nihilists) .. who were badmouthing the family.

But he didnt stop there. No, sir. Rather he went after countless other purveyors of bullshit. He was definitely in the mood. Definitely inspired.

Something about Anna obviously inspired him. He named his "first-ever novel" after her. That is no ordinary honor. Your name on the cover .. of what has come to be known as the greatest novel ever written.

Dostoevsky, for example, the only author to place 4 titles on the list of the 100 Greatest Books of All Time - in any language [ the same list upon which Tolstoy and Shakespeare each placed 3 titles ], and who was 7 years older than Tolstoy, called Anna Karenina a "flawless" work of art.

Tolstoy wrung out his soul for her. And Anna rewarded him .. with inspiration and insight. And in the end (.. tho he surely loved her) .. he killed her.

Did he kill her because he HAD to? .. or because he WANTED to? In other words, what was his » inner motivation?

Tolstoy has already stated from day-1 that his intention was to present Anna NOT as guilty .. but rather in a light that cast only » pity. So .. if Tolstoy really did intend to portray Anna as NOT GUILTY .. then why is she dead? =)