2012.October.24 » Every parent, I would imagine, who happens to be raising a child that is a product of a broken home .. hopes and prays that their break-up does not affect their children .. that parental discord and an inability-to-get-along .. does not infect the development of their vulnerable little lives. 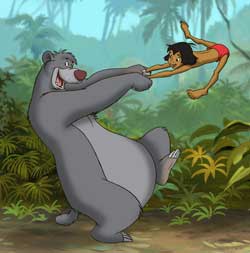 For me, at least, this has been a major concern.

I mean, how can you not feel responsible? As a parent. They not only get your genes, but you nurture them for a couple decades ..

.. before sending them off to fend for themselves in the big, bad world.

In other words, no matter which side of the nature vs nurture debate you prefer .. it's still YOU. You the parent.

.. children who have not yet developed the skills necessary to defend themselves .. from the wiles of bad parents and their bad parenting. (Not to mention screwing up the lives of your OWN.)

If you've read the Parenting literature that's out there, then you know that such 'infections' are not unusual. Not uncommon. Not at all.

Back in my early days of parenthood, people (experienced parents) told me »

» "If you're going to break up, it's best to do it when they're still young. This way the kids dont feel like it's their fault .. and they'll know nothing else."

The Bug had not yet completed a single trip around the sun when his parents separated. (Not even six months old, actually.)

So .. he knows nothing else .. other than going back and forth .. between his mom and his dad ..

.. who are naturally very grateful for the time they get to spend with him. (He *is* the coolest kid.) Absense does indeed make the heart grow fonder.

Myself, I try hard to give him all the love and affection and attention that I can muster .. in order to [ try to ] compensate .. for the things he has been thru .. as a result.

[ How can you ever really make it up, tho? Real-life Mission Impossible. But it would be a sin to not even TRY. No?

How else can a parent ever LIVE with themself? .. to look themselves in the mirror and not be disgusted by what they see staring back?

Even if you might crash-n-burn or die trying .. you still gotta mount-up Sky Ranger. ]

I get down on his level. I look him in the eye. I try to be present (.. without smoothering).

I go to great lengths to make sure he knows that he's important to me. Very important. "You're the BEST thing that ever happened to me," I tell him .. countless times. (And I meant it every time.)

2012.October.09 » Frontline airs its traditional "The Choice" today. They usually put together an interesting, intimate portrait of the candidates, including an informative look into their formative roots (.. something I always find fascinating). I have not yet watched it (perhaps later this evening) so I can't comment. 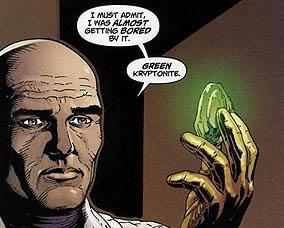 But I *did* however, catch some of last week's debate in Denver (on Oct 3rd). And it seemed like Mitt definitely had the mojo working for him ..

.. and that Obama [ surprisingly ] could not buy a line .. to save his life .. as tho all his points fell flat.

Did not resonate. At all. As tho Romney carried in his pocket a concealed ingot of debating kryptonite.

Even the shout-out that Barack started out by saying to his wife .. that was not something that should have been voiced over national TV .. certainly not at that time.

The situation and circumstances warranted a more serious and focused demeanor. Far more. His "Toodles, honey. Catch ya back at the ranch" made it seem like he does not take seriously the problems plaguing our nation.

"You can greet your wife later, dude." Cuz right now, most Americans are watching their nation continue to circle itself in the giant porcelain pooper you call the Economy.

» Romney Admits the Debt is a MORAL Issue

I especially liked the way that Romney said (at the very beginning of Part 2) that the DEBT was a MORAL issue. 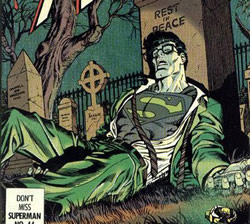 And he used the phrase "MY generation" .. as tho taking personal responsibility, when he said:

I think it's frankly NOT moral for MY generation to keep spending massively more than we take in .. knowing those burdens are going to be passed on to the next generation ..

.. and they're going to be paying the interest and the principal all their lives."

The word "my" really stuck out to/with me. And he phrased his response in such a way that made him seem believable.

Today's entry however, seems somewhat ironic, seeing that Frontline is part of PBS, which, along with Sesame Street and Nova, Romney promised to defund. PBS is not where our budgetary problems lie.

"Focus on the real problem, Mitt. You dont want to defund an award winning program called the American Experience .. or the folks responsible for producing the comparative portrait that helps get you elected."

I would have liked to hear Obama respond with a statement that said something like..

.. "I agree with the Governor that our national debt represents a moral issue for our children's generation." But alas, he did not.

If I were the moderator, I would have asked him point-blank ..

.. "Mr. President, do you agree with Governor Romney that our national debt represents a MORAL issue for our nation and our children's generation?"

Everybody knows that politicians will say whatever they have to .. in order to get elected ..

.. and that, once in office they quickly develop a nasty case of campaign amnesia. But I cannot help but feel encouraged by these beautiful lies they tell us.

The main difference (as I see it) between Obama and Romney is not skin color or party affiliation .. but rather that » Romney grew up with a big DAD who loved him .. and Obama had no such thing ..

.. which, of course, is in NO WAY his fault. You have to give him credit .. for not being on drugs (any more). That must a hard thing to deal with. Seems like it would put an unusually large burden on his wife. No? 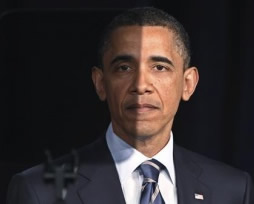 Since Obama is half-black and half-white .. I think his FIRST term .. was about governing as a white man .. using his black half.

But I feel his SECOND term (if re-elected) .. will represent that of a black man (.. using his white half).

In other words, it will be about the black man standing up to the white man.

Should be entertaining. (Makes me wanna put on some some Marvin Gaye and holla.) The Secret Service would certainly be earning their keep .. if he is re-elected ..

.. because the idea of a black man occupying the White House for EIGHT YEARS might represent one of those things that try the souls of certain men.

If Romney loses, that will be the end of the era of Rich Old White Guys .. as we know it. Prolly for a long time. Cuz #Hillary2016 is coming .. to a theater near you.

And she will bring Bill. (You know he would stay alive for *that* shit.) And the GOP will have no demographics to work with. Too easy. Cake walk.

If Romney loses, the heartbreak will be crushing. Immediately enter into all-5 stages of the grieving process. The kind where loss = death. Cuz that's what it will be .. for the GOP.

The subtext here would be » the country NO LONGER belongs to rich, old white guys. That realization will likely be tough to swallow. I would expect some degree of denial (.. which would lead to ugly political realities) ..

.. along with some form of economic retaliation .. since that is where their strength lies. You use what you got, right? [ Money. ]

The nation's *wealth* may still belong to them (ROWG) .. but no longer the country .. which, of course, would probably make them fearful (perhaps even paranoid) ..

.. that their wealth will be targeted next. (Perhaps time to move it offshore .. if it's not there already.)

And to the degree that paranoia is an irrational psychological dysfunction .. you could expect crazy shit. =)