2013.April.29 » F. Scott Fitzgerald did not know, while writing The Great Gatsby (pub 1925), that the stock market Crash of '29 (and subsequent Great Depression) approacheth nigh. Nor could he.

If you have never read the book that Modern Library ranks #2 on its list of The Best English Language Novels of the Twentieth Century [100 novels, 100 years, 1 language] ..

Cuz Baz will be releasing his vision of the Gatsby story in another week or two (.. starring Leo).

That gives you just enough time to bust a cinematic move on opening night. (~15 pages/day.) Might be fun to leave the ending unread .. so you will be surprised at the theater.

[ Must be lots of people with the same idea, cuz I noticed that the book is fluctuating between #1 and #2 on Amazon's Best Sellers list. (Scroll down halfway to where it says 'Product Details'.) ] 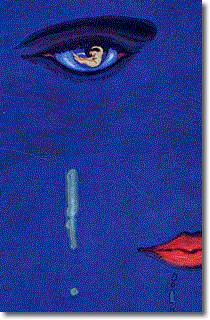 I must admit, the timing here does indeed feel TIMELY .. does it not? Because for you, me, and most everybody else .. the 20's is our very next decade. Ready or not, it lies next in line.

It is the decade currently on-deck .. currently waiting there for us on the stormy horizon of time .. to hurry up and finish our current-decade (now one third thru).

How will our twenties compare to those of Fitzgerald's age? To the Roaring Twenties .. to the decade of the days when the "restlessness approached hysteria." (Yowzah!)

I heard Grandma Rita say [ at t=3:15 ] about the Roaring Twenties » "People believed everything was going to be great always. There was an optimism in the air that you cannot even describe today."

A great opportunity, I think, to compare-n-contrast and perhaps even see if we can recognize any similarities or corresponding patterns ..

.. because, in looking ahead to the future, we instinctively LOOK BACK to the past .. as we attempt to plot the trajectory of our society, of our culture, of our way of life.

We seek insights, telling signs, that illuminate the angle of our ascent (or descent) among the nations .. our direction, our slope, our velocity, our rate-of-change, both short-term and longer term.

You get the feeling, reading Gatsby, that Fitzgerald realized what a remarkable age it was.

[ thanks in part no doubt to Zelda, a southern belle, tho she was surprisingly wild, being the daughter of an austere Alabama Supreme Court justice.

Remind me later to tell the story that ends with a teenage Zelda responding to her daddy's 2AM question by saying » "Isnt't this the time that all hussies come home?" ]

And that he therefore wanted to c.a.p.t.u.r.e the essence of his sparkling time .. of his magical age, of his too-good-to-be-true era .. about all this wonderful shit going on and on for ever and ever ad infinitum .. 'til kingdom come.

This Age of Permanent Prosperity. To capture the euphoric optimism as best possible. As artistically as possible. To bottle it in a book. In a novel. So future generations will to be able to sample for themselves a taste of the sparkling effervescence of the roaring twenties.