2013.August.01 » I recently purchased a paperback .. at the used book store tucked just-inside the Newport Beach Public Library (.. sitting to your right as you enter the cavern of cool air). 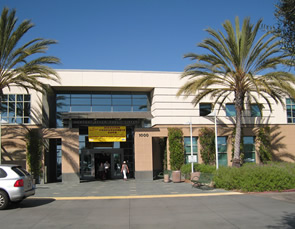 This wonderfully cramped shop sells many of the titles generously donated by Newport's community of wealthy seaside readers.

[ Run by some of the most helpful grannies you've ever met. "Let me see if we have that title in the back room." ]

Not Talking About Writing

The fluorescent orange sticker affixed to the cover of my copy says I paid » $1.00. A buck. Not bad, considering that Amazon wants $12.

I also nabbed Walter's bio on Einstein there, a hardback for only $3 .. a deal that seemed too good to be true.

This orange-stickered paperback, for which I paid one dollar, contains NOTHING BUT quotes from Hemingway [1899-1961] .. about the art and craft of » writing ..

.. organized into 13 different categories (chapters), such as » What to Write About (chapter 4).

My favorite is » chapter 11. No, I'm not talking about bankruptcy. Chapter 11 is where Hemingway talks about » Other Writers .. 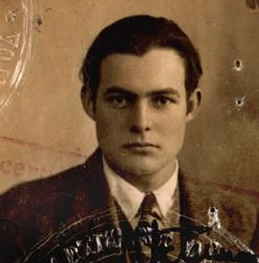 And you know how I am a 'quotes' man .. especially insightful quotes from writers and other artists.

A guy named Larry Phillips apparently combed thru all of Hemingway's novels and extracted the passages that pertain to writing itself. An impressive undertaking, no?

The back-cover of Larry's book says » "Ernest Hemingway did more to change the style of English prose than any other writer in the twentieth CENTURY."

Hemingway won the Pulitzer in '53 for Old Man and the Sea and the Nobel Prize in '54. Larry's book (pub 1984) begins with the following short preface »

Throughout Hemingway's career, he maintained that it was bad luck to talk about writing ..

.. that it takes off "whatever butterflies have on their wings and the arrangement of hawk's feathers if you show it or TALK ABOUT it."

"Say what?" Does that not strike you as odd? As ironic? That the man who did more to change the style of English prose .. claims that it is bad luck to talk about writing.

Yet here we have an ENTIRE BOOK .. with NOTHING BUT. One hundred and fifty pages worth .. of not-talking about writing.

And what, pray-tell, Ernest, is all this mumbo-jumbo about butterflies and hawk's wings? There is NOTHING, good sir, to be found on butterflies' wings.

Yes, I checked. Absolutely nothing. But the hawks are simply too fast. Much too fast for me to examine the arrangement of their wings in any detail.

The man who declared » "Write hard and clear about what hurts" .. is now suddenly tiptoeing by the butterflies? "Come on, Hem. What gives?" 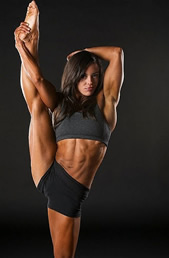 This might be a good place to mention .. that the #1 way in which I feel as tho I relate to Hemingway-as-a-writer .. is that my life has a way of working itself into my writing.

But that is precisely the thing that I like about Hemingway.

Hemingway feels like he takes you home with him. (Because he does.) "Papa," is what they call him. An affectionate term.

My understanding of Hemingway's writing [.. a topic of much Nobel-grade discussion ] goes something like this » he creates a structure (story) using artistic 'sticks' (for lack of a better word).

When the (artistic) structure is finally done/complete, he returns to remove every stick that can be safely removed .. without the structure collapsing.

Cézanne was doing a similar thing with paint a few decades earlier. Hemingway claims that he got his writing mojo from Cézanne (.. who died when Hemingway was only 6 or 7).

So he means that he got it from studying Cézanne's art, his paintings (.. when he lived in Paris in the early twenties).

Hemingway was trying (he claims) to translate [ somehow. is it even possible? too much absinthe? ] Cézanne's artistic technique into literature.