2012.February.22 » I get the Bug this week (Whoohoo!) cuz he's got the week off. I'm very excited. He had his first big District tests last week, which are supposed to be pretty tough. His mom said he got as high a score as possible to get. 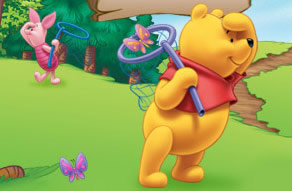 And he told me how his class got the highest Math scores in the WHOLE SCHOOL, and that the Principle came to their room to give them an award. So naturally, I'm way proud.

I've started teaching him little Dad insights .. beginning with » "Think for yourself. Trust yourself. Be yourself." (.. which he knows by heart.)

On deck » "You can do anything you set your mind to."

And did I tell you that he got his FIRST KISS? .. from one of the prettiest little girls you've ever seen. (It was dark out in front of the pizza place that night, but I think he blushed.) 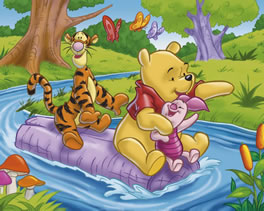 She's an older woman (.. in 2nd grade). And being the kind of girl who doesnt realize how pretty she is makes her all the more adorable.

Earlier that day I heard her ask him » "Okay. Truth or dare. Have you ever kissed a girl?" (.. pointing her little finger at his mouth.)

I didnt have a girlfriend until 6th grade (.. a girl who'd just moved here from Italy) .. and I was petrified. Never did kiss her. Not that she wasnt a hottie, but girls in Italy grow up much faster (.. I learned). I found her pretty intimidating, to be honest.

Anyway, this girl who gave him a kiss has an older, teenage sister .. from whom the younger, I think, is learning tricks.

She and the Bug were saying goodbye after playing together one afternoon. While they hugged (.. like they've always done) she snuck in a goodbye kiss.

But .. he was wearing a hooded sweatshirt, so she ended up kissing the side of his hood. She pulled back a little to size-up the situation.

If I were a cartoonist, I would write the following text in her dialogue bubble:

"Now, wait a minute, here. You're not getting off THAT easy."

She then peeled back the hood covering one side of his face and planted a big, deliberate kiss. Right there on his cheek.

Kids these days. Not sure if I'm ready for this stuff. Things are moving so quickly there (.. while this stuff goes so slowly. Talk about relativity).

2012.February.22 » Speaking of teenagers .. a strange thing has been occurring the last several months (.. since last summer). » Young girls have been flirting with me .. coming on to me. 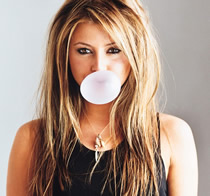 I do not know how old these girls actually are, but .. uh, I would definitely put them in the "dangerous" category.

Not sure why this is happening. A recent development. Never had this problem before. But they are surprisingly bold.

Most girls, when you perchance happen to meet their gaze, will quickly look away. But not these young ones. No, sir. They will hold your gaze and stare you down.

For example, this girl squeezed behind/past me while I was standing in a busy, crowded coffee shop one Saturday morning, chatting with a buddy who sat at a table there.

Slowly across me she rubbed her body like .. well, like she purposefully pressed herself against me. I mean, sure, it was crowded, but not *that* crowded. Caught me off guard.

Anyway, when I turned to see who it was, she looked up and said, "Excuse me," before handing me something and walking away .. wearing a tight, black work-out outfit that displayed belly skin. 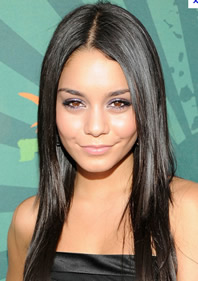 Her sweaty glow suggested she'd come straight from a work-out at Bikram hot yoga (.. their studio located right down the street) or something similarly vigorous.

She paused at the exit doorway to take a sip, where she returned a glance just over her cup .. before stepping out.

"What was THAT all about?" my buddy asked.

"I dunno," I said, as we watched her climb into her car.

"That girl is TROUBLE!" he said, as she drove off out of the parking lot.

"Tell me 'bout it," I muttered, still able to feel the sensuous way she did that slide-across thing.

He thought she was 15. (Perhaps he was joking.)

"She cant drive if she's only 15," I said. I woulda guessed 19, 20 tops. (But I coulda easily been wrong.) Kinda like the girl pictured here. Along those lines. (But sweaty.) What would be your guess? Hard to tell, no?

She looks a little like Julie, no? Jules is totally hotter, tho.

I am not unfamiliar with the wiles of aggressive women. No, sir. They are certainly clever & full of surprises. (Much more clever than any guy I know.) But this is the first time I've seen this particular technique (.. which, I must admit, made quite an impression). Surprisingly pleasant experience .. literally.

The AGE is really what surprises me, tho.

This is an example of this strange development. Others not so similar. Probably inappropriate for publication. All eye brow raising. All equally perplexing. All way too young for me. (Unfortunately.)

I do not need to tell you about high school girls these days. They're not like the girls back when I went to high school. (Not hardly.)

I mean, I do not know for a fact that these girls are in high school, but that would be my guess. 17? 18? 19? But you never know. Hard to tell these days. Tho clearly, I'm old enough to be their father. Easily.

And they dress to let you know they mean business. You can tell from their confidence that they know they have the goods. Could be wrong, but I doubt this phenomenon is limited to Southern California.

Maybe 'flirting' is not the right word here. Friends have used it .. as in » "That girl was totally FLIRTING with you, dude."

To me, flirting is something innocent & playful. These girls however, do not strike me as tho they're playing. And they're definitely not innocent. Tho I do not have a better word in my vocabulary.

They may not yet possess the skills to pull it off, but they're clear about letting you know that they're interested .. that the door is open ..

.. should you desire to inquire further .. or perhaps be interested in participating in something like a private tour. With a clarity I would normally associate with a more seasoned woman. 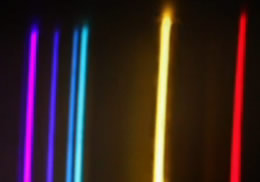 Grokking the Essence of Quantum Mechanics

And since I dont need to know this stuff now, I feel no academic pressure. So my curiosity comes far more casually.

Sometimes at night, in order to relax, I set my laptop on a portable, folding table beside my bed and go to the Nova web site (part of PBS) ..

.. where I drift off into techno-Nirvana .. while streaming one of their VIDEOS.

The Nova videos are posted » HERE. I particularly enjoy their PHYSICS section.

Their web site can be tricky to navigate .. cuz the part that lists the features is different from the part where the videos are stored, and it is not intuitively obvious how you get back and forth. [ Maybe they do this so you'll be more likely to purchase the video. ]

The program I like the best is the only one there listed under "Multi-Episode Programs," titled » Fabric of the Cosmos .. hosted by Brian Greene. This feature is divided into four 50-minute segments, each titled:

These aired in November, and I've been checking them out periodically as time permits. Lots of food for thought there. I find myself frequently hitting the pause button in order to ponder the mind-blowing ideas and their implications. 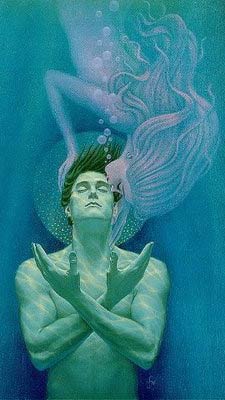 Anyway, last night, I finally "got it" .. Quantum Mechanics (.. as opposed to "Classical Mechanics" ala Newton, or Newtonian physics).

I mean, it was as if a light bulb came on. Quick as you snapped your fingers. So startling was this effect .. that it reminded me of the post, titled » Grok'ing the Ah-Ha Moment.

Why / How Do These Startling Insights Come?

Like an epiphany, a revelation, suddenly everything quantum made sense .. on a much deeper level. Very cool. And I was even a little drowsy at the time (.. before the insight came).

But it's not like I hadnt watched that video before. I mean, I had already been exposed to the material .. and I understood it .. on a certain level ..

.. a more rudimentary level .. but not anywhere near the clarity of insight I have now. Weird.