2012.January.29 » A month ago I posted an entry titled » Using Hitchcock's Notorious KEY Shot to Focus on Political Palms. In looking back (.. after dealing with the server move) and reflecting .. 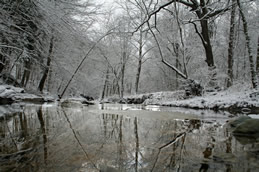 Reflections on the Hitchcock Economy

.. I am conscious that the entry (.. which grew large enough to warrant splitting in two) combines elements of several conceptual ecosystems ..

Most strikingly tho, I am conscious of the mind set that accompanies the Systems Integration portion of the courses at the Navy's Nuclear Power school ..

.. where, after spending the entire school year learning about each individual system .. such as Reactor Coolant, Purification, Charging, Discharge, etc .. you finally (finally!) get to PUT IT ALL TOGETHER.

That is by far the coolest part of the course. Such a trip to see/watch all these cool technologies actually taking shape in your head. Like a hologram.

And this part here affects that part there. But how? Everything affects everything. But how? Be specific! I want numbers! To an accuracy of 3 significant digits. How many ping-pong balls would it take to fill the Milky Way? "Times up! Put DOWN your pencils." =)

In other words, they propose various isolated things go wrong and they want you to tell them how that will affect everything else in the plant.

In medical terms, an aspiring physician might be asked how a kidney infection might affect the brain, the lungs, or any other organ in the body.

Looking back I'm surprised to be reminded of those days, seeing they were'st many moons afore. But yes, I am conscious of the similarity of the patterns. Feels kinda cool, actually.

I mean I can feel the same 'muscles' going to work, assembling the pieces, the constructs, connecting them together .. to the point of making educated guesstimates where no reliable formulas exist. "Now let's cut in chill water and fire this sucker up."

So altho the two Systems Integrations appear similar in structure, the actual mechanics of assembly & operation are very different. Almost exact opposites. That's why that-entry felt like I was winging it. Thinking out loud.

Nearly everything in Economics is based on a theory, so you naturally look deeper into the underlying assumptions. In that respect, the exercise is introspective. 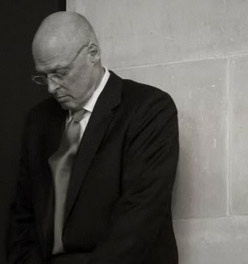 I also thought it seemed a little ballsy .. to presume to be able to see into the economy .. when I dont have a degree in Economics.

But then, something inside corrected me, saying:

"Dude, these clowns damn near flushed the whole enchilada down the pooper. At least, that's what they tell us. Not something I'd be inclined to brag about. So it's not like the bar has been set very high. It's not like people werent jumping up & down shouting warnings for years."

So yeah, I think I can do better.

2012.January.09 » Notice anything different? I bet the site is loading snappily for you. More responsively. Zippier. That's cuz we're sitting on a new server. Our VPS has been transferred to a new (and improved) "parent node". Nice way to start the new year. Merry Christmas to us. 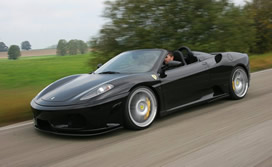 Radified is still hosting with the same provider » WiredTree .. since Feb. 2008. (Four years ago, our old server was new.)

A month ago, WiredTree upgraded their servers to the latest version of Virtuozzo, the virtualization software made by a company named Parallels (.. as in » parallel universe).

Virtuozzo makes it appear (virtually speaking) as tho Radified is/were sitting on its own private "dedicated" server [ "Mine! All mine!" ] .. with all the freedom-of-configuration and power that is associated with low-level control (.. the kind that is normally hidden from users of Shared web hosting).

More complicated, sure, but after you ascend the learning curve, you wonder how you ever lived without it.

Virtualization is a very cool technology. It represents the 'V' in VPS. And it's what provides the VPS with its 'Privacy' (.. or, at least, appear Private).

Anyway, something went awry with the Virtuozzo upgrade and it seems like we had one problem after another .. interspersed with dreadful periods of laggy performance. Perhaps the upgrade itself was problematic.

Realize that I am sensitive to site latency, so I tend to exaggerate any problem.

Not surprising tho. To have problems upgrading something as complex as Virtuozzo. I'm sure it's much easier to load onto a clean, virgin server. But once you start loading accounts (containers). An upgrade, especially a major one, seems .. fraught. I applaud them for trying, and having the confidence to pull it off.

I really like the techs at WiredTree (some more than others) and have much respect for their skills. Some of them are laser-impressive. Most of all I like how they dont feed you crap about problems. I never feel like they're trying to blow sunshine up my butt .. like all my other hosting providers used to do.

But after a month, I started to get frustrated. When you pay $10 a month for hosting, you dont expect much. But when you pay $50 .. well, you expect more.

So I finally said, "This has been going on a while. If you cant fix the problem, maybe you should move me to another server." 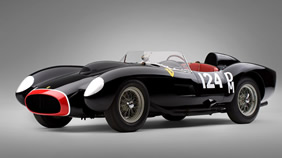 Which they did. "Would now be a good time?"

As everybody knows » moving suks.

And moving your site is never a pleasant experience. I put it right up there with a root canal. There are always problems and unexpected glitches to work thru. Always staying up late. Long past tired.

But when THEY do it for you .. well, that's much nicer .. cuz they have the servers right there (downtown Chicago), and they have access to the server mojo .. cuz they know the mojo.

Sure, we still had some problems (like always), but nothing major. Mostly problems with upgrading cPanel/WHM, but I dont spend much time there.

[ They currently have a ticket open with the cPanel-folks .. to see why the upgrade wont take (even when "forced").

cPanel/WHM is a server-configuration utility/program that makes it easy for you to host other web sites yourself (via Web Host Mgr) and administrate the server (via cPanel) without knowing the Shell (« powerful but dangerous low-level text-only command-line interface).

But I only have Radified on this account, so WHM is not a big deal to me. And the server is already configured just how I want.

The single installed version of cPanel/WHM is shared by all Containers on the node. Same goes for Virtuozzo and the Operating system (RedHat-ish CentOS). Unlike Apache, MySQL, PHP, Perl, etc, you cannot control the version of cPanel. I just learned that today.

The reason is because » "They require different versions of certain system libraries, which would cause all sorts of conflicts." ]

So! We are now sitting on a new dual-Westmere Xeon beast. Each Westmere comes with 4 processors. Dual Westmere's = 8 CPU's per server. (I am drooling all over my keyboard.)