2013.September.19 » The last few days of summer are always full of such nectar. Autumn arrives with the equinox at precisely 1:44 PM Pacific Daylight time on the 21st. (4:44 on East coast). 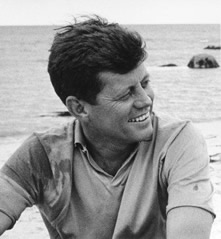 Shhh. This is the precise instant the sun slips quietly cross the equator .. yes, heading back south .. after famously spending the past six months with us here up north.

I like the way that cooler days and brisk nights lend themselves to clear-headed thinking. And today is the last full moon of the summer. Howling time.

Since the Internet allows me to communicate with, and establish a dialogue with people in places such as New Zealand and Johannesburg, South Africa ..

And day-light here = night-time there (.. on the other side of the world). Everything is opposite.

I think it is good .. for all the world's creatures to become conscious of others. That our little world is not the whole world. Cooperation being the key. 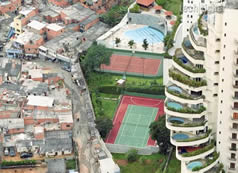 » Experiencing Life with Those Less Fortunate

One of the most interesting guys that I met at the coffee shop (.. he was always reading some interesting book there whenever I saw him) ..

.. told me that, after college, he left to live for a while in São Paulo (largest city in South America, with 11 million souls).

I asked why he chose São Paulo .. of all the places he could have gone. He shrugged and said that he thought it would be good to see how the rest of the world lives (.. as opposed to limiting his experience to the bubble that is Orange County).

"What was your biggest surprise?" I asked, recalling my own surprises at how reality often differs from expectations, "upon arriving? .. that you hadnt expected to find there?"

"The smell," he said (without hesitating) .. staring off, as if recalling some distant memory. 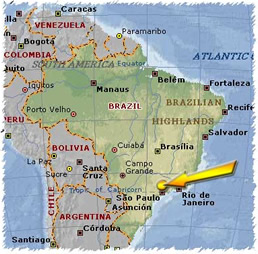 "The smell?" I asked, seeking clarification.

He turned to look out the large plate window and added, "People here could never live like that."

This guy worked in an office right above the coffee shop, so I never had much time to chat with him. "Gotta go," he'd say. "Back to the mines."

It was obvious to me that he had a breadth-of-experience and a depth-of-social-insight .. that you dont find very often .. especially not in ritzy, glitzy Newport Beach.

His experience there in São Paulo seemed to foster a sense of compassion for those less-fortunate .. tho I somehow suspect he possesed this compassion before he ever got his passport stamped.

I respected him for that (.. especially when I think of what Einstein said). He had a quiet knowing confidence .. that you don't often find in Orange county.

I would describe him as » intelligent, thoughtful, understated, well-read, tall. No flash. No bling. He wasnt looking to prove anything to anybody.

Today's entry remains very much a work-in-progress. Who knows where we might end up.

The End Result of Supply-Side Economics » Rich Get Richer ($upplied)

We have reached the end of supply-side sconomics and it has become clear that the end of this road looks like this » the rich get richer. Cuz the 'suppliers' are only 'supplying' their friends (.. who happen to need it least).

Inequality sits at record levels and is getting worse every day .. unless you're rich, that is .. in which case it's getting » better. And our kids get left holding the bag (of ever-increasing IOU's).

Has this not become obvious? .. to even the most casual observer?

On a zeitgeisty note, I should probably mention the 50-year anniversary of the JFK assassination .. and compare-n-contrast how things have changed. And not.

That photo of JFK reminds me of the beach at Main Beach, Laguna. Tho I do not have a good photo of exactly where I mean » right across the street (PCH) from the Starbucks with the comfy couches.

In reality, it was probably taken on Martha's Vineyard back in the sixties. The parents of my brother's high school girlfriend took their kids there for vacation every summer.

Soon as the kids graduated, they sold everything and moved there. The place is a ghost town in winter (they tell me).

She showed me a nice time there for a weekend one summer. Stepping onto the island is like stepping off into another world.

I liked it very much. Luscious, powdery sand. Everybody is in a good mood (naturally).

She had a perfect gap-toothed smile .. like Lauren Hutton. I always thought my brother should have married her. She was a real sweetheart. Everybody liked her. Even Nana. 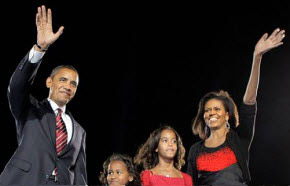 I heard that the Obamas vacation at the Vineyard.

"This is where the rich people hang out. But there's not much happening here. I know a fun place. But I just wanted you to see it."

So I'm guessing that this is where the Obamas chill .. fleeting as it may have seemed. If you blink, you miss it.

Tho the island itself is definitely peaceful .. as tho all your troubles cannot make the ferryride over and must remain back on the mainland.

Nothing worisome is allowed on the Vineyard. (That is Martha's first and only rule.)

I found the Vineyard's "island effect" even more dramatic .. than what you find on Catalina .. because the summer at the Vineyard is so short (.. compared to Catalina).

So you appreciate it more. (No, the Vineyard is nothing like the Biblical Martha.)

Kennedy was a Catholic from New England, so naturally I can relate to him.

I think Obama should go to Dealey Plaza on November 11th and give a half-century speech from there. He's good at stuff like that. A good time for a speech about gun control, no? 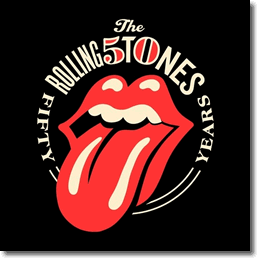 » Who Killed the Kennedys?

I shouted out, "Who killed the Kennedys?"
When after all, it was you and me.

You and me? How so, Mick? [ Live performance on YouTube. ]

Of all the handful of YouTube videos I saw, the one featuring Jim Garrison seemed the most reasonable. Seems this is the same perspective that spoke to Oliver Stone and which he used to craft his film.