2014.October.28 » I went to the Moores Cancer Center today. In La Jolla ( luh 'HOY-uh ). I have actually driven by that road many times .. but never gave the name of the street much thought » Health Sciences Drive ..

.. because I never had any reason to turn down that particular street.

Until now. Feel me? "So this is what's down here."

Usually I was on my way down to the cove. (I *love* the La Jolla cove.)

Or maybe taking the scenic route down to Humphreys-by-the-Bay ..

.. to catch an outdoor jazz concert while sitting beside the lovely marina there at Shelter Island. 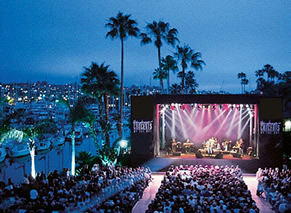 I actually took the Bug's mom to a jazz concert there at Humphreys ..

.. when he was still in her belly. I forget who we saw (because I have seen so many acts there over the years) but I remember having a great time. Hot summer night.

She said he was jumping around inside her belly with the music. Later we moved back to where the music wasnt so loud and he stopped kicking. So the Bug has been to Humphreys .. even tho he doesnt know it.

But I am avoiding my subject. My uncomfortable subject.

I dont know where to start .. perhaps because I am a little overwhelmed. Which is understandable, I guess .. considering.

I was defintely hyper-aware-conscious .. on the ride down there. A one-hour ride .. with good traffic. 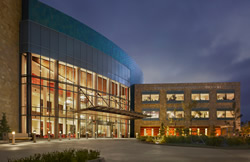 I mean, the voice in my head is saying » "Dude, you're going to the Moores Cancer center. A little difficult to ignore that fact .. wouldnt you say? If you forget you can always ask the driver where he is taking you.

Did you notice the word 'cancer' in their name? How can you not? Cancer .. that's what they DO there at Moores. In fact, that is ALL they do. No, they dont make hamburgers. And the REASON that you are going there is because » cancer is what you have.

Just like your mom had. And her father, your grandfather. You know how that turned out. Not pretty. Scary-ugly. And you have the same genes. You look a lot like your mom, if you ask me."

The Existential No Man's Land Between Biopsy & Diagnosis

The doc said he should have results back from the lab "by Friday or Monday."

So I find myself here in this particular existential no man's land .. represented by the 72 hours between biopsy and diagnosis.

I didnt know if I were going to mention this here. I mean, problems started 4 months ago. So I have been able to keep this secret for this long.

I will be honest and tell you that .. one reason why I may be writing about this now (.. timing being important, at times) ..

.. is because I am feeling very whacked out right now .. ever since I passed out at the biopsy [ passing out like that was yet another first for me ] ..

.. what was I talking about?? .. oh yeah .. feeling very spacey, disoriented, almost confused (if such a thing were possible for my ego) ..

If you have never had a biopsy, I dont want to spoil it for you. So I wont go into any great detail.

But I feel comfortable that most experienced people would concur that it generally "sucks".

For me he is going to use three small needles and "one big needle".

Into my neck. The visual this paints is not pleasant.

Dude, I tell him from the chair in which I am sitting, "I am starting to feel light-headed."

Now, when I said this, I thought I would be okay. I mean, I have never passed out like that before .. where you wake up on the floor, looking up at the ceiling ..